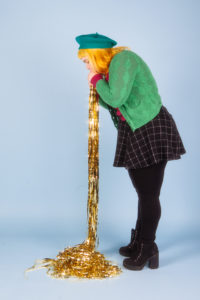 “Crain wrote the song ‘Red Sky, Blue Mountain’ after witnessing the protests against the Dakota Access pipeline at Standing Rock, North Dakota, which began in early 2016. She was struck by how little respect so many people had for the land, even though it’s one of the most important aspects of indigenous culture. The phrases ‘red sky and blue mountain,’ she says, refer to an apocalyptic vision of nature in which the scenes are reversed. The lyrics she sings translate as, ‘A red sky, blue mountain born to change the world/And we did/But what have we done?'”—PRI’s The World

Read the full article on PRI’s The World here!

For a list of Samantha’s tour dates, check out her artist page