Rosanne Cash calls this song “the most compassionate, vivid and non-preaching anti-gun violence song I’ve ever heard,” according to Rolling Stone.

Erelli’s carefully-crafted hook, “You can learn to live with anything when it happens by degrees,” sheds light on the controversy surrounding gun use and laws. 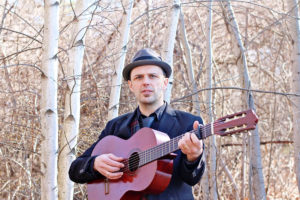 The full lineup for “By Degrees” features Erelli, Cash, Ritter, as well as Lori McKenna, Sheryl Crow, and Anais Mitchell. All proceeds for the song will be donated to Giffords: The Courage to Fight Gun Violence, an organization founded by former congresswoman Gabby Giffords of Arizona.

McKenna clearly connected to the song from the moment she heard it; “It stops you in your tracks and unsettles your spirit at the same time. I’m honored that he asked me to sing a verse alongside these amazing artists. This song is an awakening I wish we didn’t need, but we so surely do,” she told Rolling Stone Country.