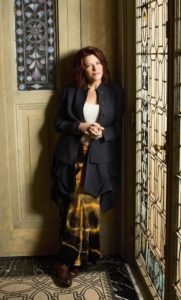 Cash was honored along with The Neville Brothers and Roy Orbison at the 2017 Austin City Limits Hall of Fame Induction & Celebration, which took place last week. Elvis Costello, Ry Cooder and Neko Case paid tribute to Cash and performed a selection of her songs. Musical highlights from the ceremony will be broadcast in a special New Year’s Eve episode of “Austin City Limits” as part of the program’s Season 43.