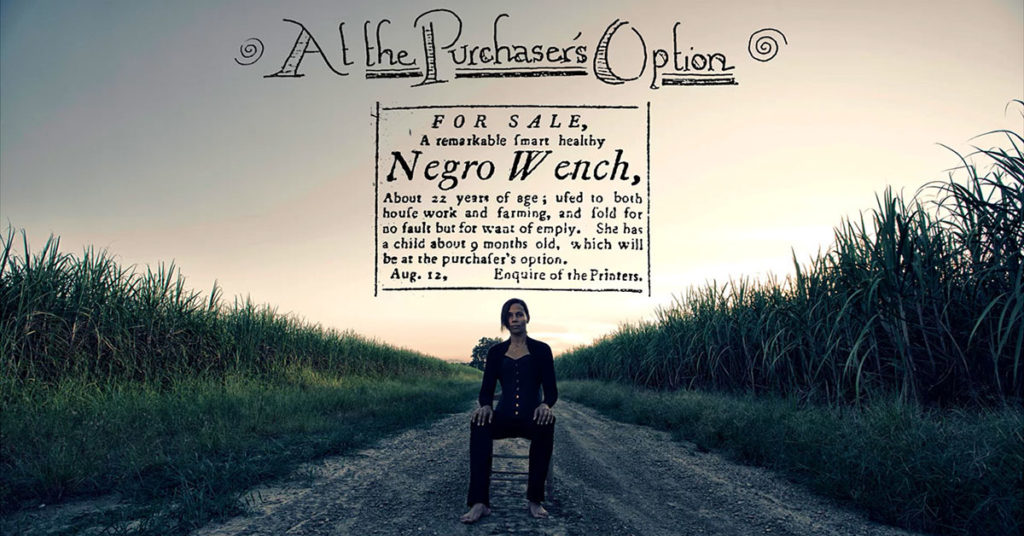 From Nonesuch Records: Rhiannon Giddens, whose new album, Freedom Highway, is due out on Nonesuch Records on February 24, has unveiled a new song from the album called “At the Purchaser’s Option,” which you can hear in the lyric video below and on Spotify. The song is one of nine original songs Giddens wrote or co-wrote on the album, which also includes a traditional tune and two civil rights–era songs, “Birmingham Sunday” and Staple Singers’ “Freedom Highway.”

“Last year I came across an advertisement from the 1830s for a young woman,” Giddens says of the new song. “Thinking about her, and how she had to maintain her humanity against horrific odds inspired this song named for the end of the ad: ‘She has with her a 9-month old baby, who is at the purchaser’s option.'”

To download “At the Purchaser’s Option” and “Freedom Highway” now, head to iTunes and the Nonesuch Store, where album pre-orders include instant downloads of each. Nonesuch Store pre-orders also include a limited-edition print autographed by Giddens.

Giddens co-produced Freedom Highway with multi-instrumentalist Dirk Powell in his Louisiana studio, with the bulk of recording done in wooden rooms built prior to the Civil War, over an intense eight-day period. The result is an album that is rawer and more personal than its predecessor.

Watch the lyric video for “At the Purchaser’s Option”