Rhiannon Giddens was raised in North Carolina by a white father and Native American and African-American mother. Some of her earliest memories include jamming to her uncle’s bluegrass band entitled The Southeast Express, as well as influences from Hank Williams and gospel music.

Giddens always grew up in somewhat of a musical gray area; her desire to play and experience folk and bluegrass didn’t always align with the rest of the world’s perception of her. Being biracial, it was difficult for Giddens to exhibit outward her internal love for traditionally “white music”. Preconceptions that the American banjo and fiddle derive strictly from white men are simply false conjecture. 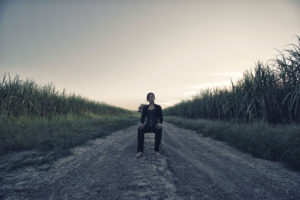 Today, Giddens serves as a model for musicians who feel lost in their industry due to age-old racial standards. She is a true artist who sees herself in her art and feels that she belongs there.

At the 2017 International Bluegrass Music Awards Conference (IBMA), Giddens’ keynote speech reminisced, “I remember so vividly the first time I saw one of Marshall Wyatt’s superb compilations called Folks He Sure Do Pull Some Bow and seeing a picture of a black fiddler and freaking out; I had stumbled upon the hidden legacy of the black string band and I wanted to know more.” Giddens continues to inspire future musicians of racial variations, just as her predecessors have done for her.

Giddens’ drive and desire to perform as fully herself as possible has resulted in a revolutionary changing of standards during our 21st century. Forget everything you thought you knew about bluegrass music. With continued praise and accolades throughout her career, she seamlessly tears down all notions of our flawed societal standards. A true musical heroine, she claims her right to travel her own path. “When we rise, we rise together,” she says, “that’s how it should be.”

For more information and tour dates, visit her artist page.