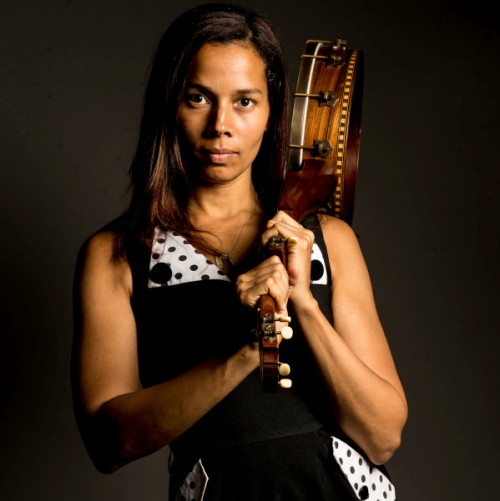 From USA Today- Music superstars, including John Legend, Bruce Springsteen, Pink and Sia, sang and spoke of mourning, remembrance, resilience and healing during a Wednesday concert focused on overcoming racial prejudice and injustice. A two-hour version, Shining A Light: A Concert For Progress on Race in America, will run Friday at 8 p.m. ET/PT on six A&E networks, including A&E, History and Lifetime.

Read about the concert at USA TODAY

Moving performances – including Springsteen, Legend and Tom Morello performing American Skin (41 Shots), Jill Scott singing Strange Fruit and Big Sean and Legend closing with One Man Can Change the World – were interspersed with appearances by other stars, including Smokey Robinson, George Lopez and Nicki Minaj,  who movingly recited a Maya Angelou poem, Still I Rise.

“Throughout this nation’s history, from the brutal days of slavery to the long march to civil rights until today, music has been there to help us cross that bloody river to the other side,” said film legend Morgan Freeman, one of many stars who participated in the event at the Shrine Auditorium.

However, ”as too many tragic headlines and news stories make painfully clear, music alone cannot heal the wounds so many of us in this great nation still feel, wounds caused by racism and injustice,” he continued. “Tonight, as we mourn the loss of life in Paris, let us rededicate ourselves to helping erase hate and to creating an American where we can all move up together toward justice, community, love, brotherhood, sisterhood and freedom.”

The concert also featured videos of visits to cities that have helped spur discussions about racial inequality and violence, including Charleston, S.C., where nine African-American congregants attending a church prayer meeting were murdered by a young white man; Baltimore, where a black man, Freddie Gray, died after injuries suffered while in police custody; and Ferguson, Mo, where the killing of a young black man, Michael Brown, by a white police officer, led to civic unrest, protests and calls for police and criminal justice reform.

Members of the Charleston church, Mother Emanuel, attended the event.

Musician-journalist pairings visited Charleston (Pharrell Williams and Soledad O’Brien); Baltimore (Alicia Keys and Byron Pitts); and Ferguson (Legend and Michelle Norris), talking to residents of varying backgrounds about hurt they have suffered and hope for the future, including a safe play area for children in Baltimore.

Legend, who met with the wives of police officers in Ferguson, talked about the need to “reach across barriers” in pursuit of racial justice.

The city visits will be featured in a one-hour special that follows the concert, Shining a Light: Conversations on Race in America (A&E and AOL.com, 10 p.m. ET/PT).

There were some lighter moments during a concert that focused on a serious topic. Robinson introduced Sting’s performance of Fragile by saying: “This man is my friend, he’s my brother and I love him. And he’s white!” Later, comedian George Lopez said the solution is “about love (and) I don’t mean Tinder. I’m talking about real love.”

In other performances, Legend and Pink performed Someday We’ll All Be Free; Ed Sheeran sang Curtis Mayfield’s People Get Ready; Sia performed Many Rivers to Cross; Miguel and Tori Kelly combined on Free Your Mind; Rhiannon Giddens led a group of singers performing her song, Cry No More; Andra Day and Nick Jonas joined for Rise Up; and Zac Brown Band performed Remedy.

In a statement, A&E Networks said the concert will kick off an effort “to confront issues of race and promote unity and progress on racial equity.” The concert and related programming will help raise money for the Fund for Progress on Race in America “powered by United Way Worldwide” (ShiningALightConcert.com).