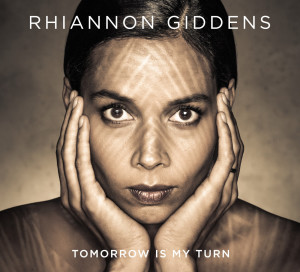 Rhiannon Giddens is currently featured in The LA Times.  The feature looks at Rhiannon’s career up to this point – highlighting her upcoming solo Release “Tomorrow is my Turn” (Released Feb 10 by Nonesuch) and her 2015 tour.

“In a dozen songs on her album, she salutes music from various female predecessors, including gospel singer-guitarist Tharpe, country queens Patsy Cline and Dolly Parton and folk-blues musician Elizabeth Cotten. It concludes with one original, “Angel City,” a meditation that grew out of her experience working with the New Basement Tapes band. Its theme? Someone who’d felt lost, then discovered her true calling — with a little help from her friends.

The title track was previously recorded by another of the many female musicians Giddens admires— Nina Simone. By conjuring all these famed, influential voices, the album underscores the point that Giddens is ready to take her place alongside them.”