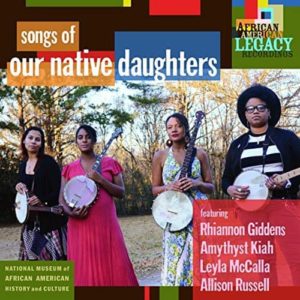 Our Native Daughters, consisting of Rhiannon Giddens, Amythyst Kiah, Leyla McCalla and Allison Russell, received a 5-star review from The Guardian on Thursday for their record Songs From Our Native Daughters. The review praised the “four black female banjo players wrestling with gender, race, slavery, sexual assault, and the domination of the male gaze”. The bonded group of solo artists collaborate via their common folk roots and banjo-plucking talents. The band’s ability to exhibit unity as a foursome through their ironic and empowering lyricism is unmatched.