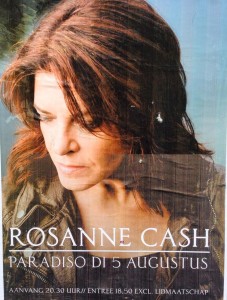 “​(Rosanne) sounded like an artist at the height of her powers, embracing her heritage, for sure, and coming to her own terms with it, but celebrating her own unique sensibility and adventures through it. Oh, and having a heck of a lot of fun too.”