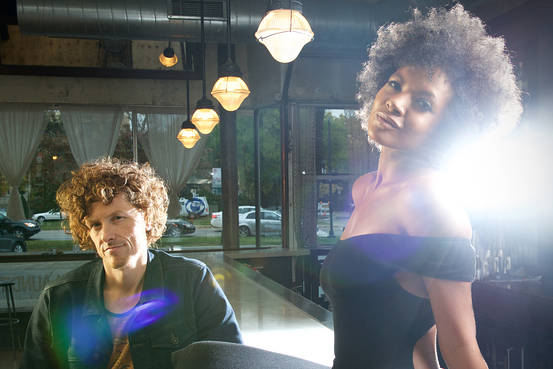 “Since having a baby nearly two years ago, Birds of Chicago singer Allison Russell and songwriter JT Nero have found ‘the whole joy/terror dynamic has ramped up in ways we didn’t realize were possible,’ Russell says. It’s an underpinning of their new song ‘Dim Star of the Palisades,’ which premieres today on Speakeasy.

With echoes of deep gospel in Russell’s voice as she sings over a mix of electric guitar, resonant piano and percussion, the song is at once uplifting and a little melancholy. ‘JT likes to joke that ‘Dim Star of the Palisades’ mixes deep regret about the past with deep dread of the future,’ Russell says by email. “But I know there’s some hope, some sense of redemption in his words too, and I really cleave to that when I sing this song: ‘Hold on tight, don’t let your baby go.’”

The song opens Birds of Chicago’s upcoming album “Real Midnight.” Produced by Joe Henry in his Garfield House studio in Los Angeles—the last album Henry recorded there before he and his family moved, according to a publicist—“Real Midnight” follows the band’s self-titled 2012 debut. Russell and Nero, who are the core members of a rotating cast of collaborators, also released a concert album, “Live From Space,” in 2013. The pair began working together in 2012 while Nero was frontingJT and the Clouds and Russell was singing as part of the Canadian roots collective Po’ Girl.

Birds of Chicago will release “Real Midnight” on Feb. 19, and have concert dates lined up into April (see their itinerary here). What do you think of “Dim Star of the Palisades?” Leave your thoughts in the comments.”

For more info on Birds of Chicago and upcoming tour dates, visit their artist page